What You Need to Know About Birth Control and Menopause 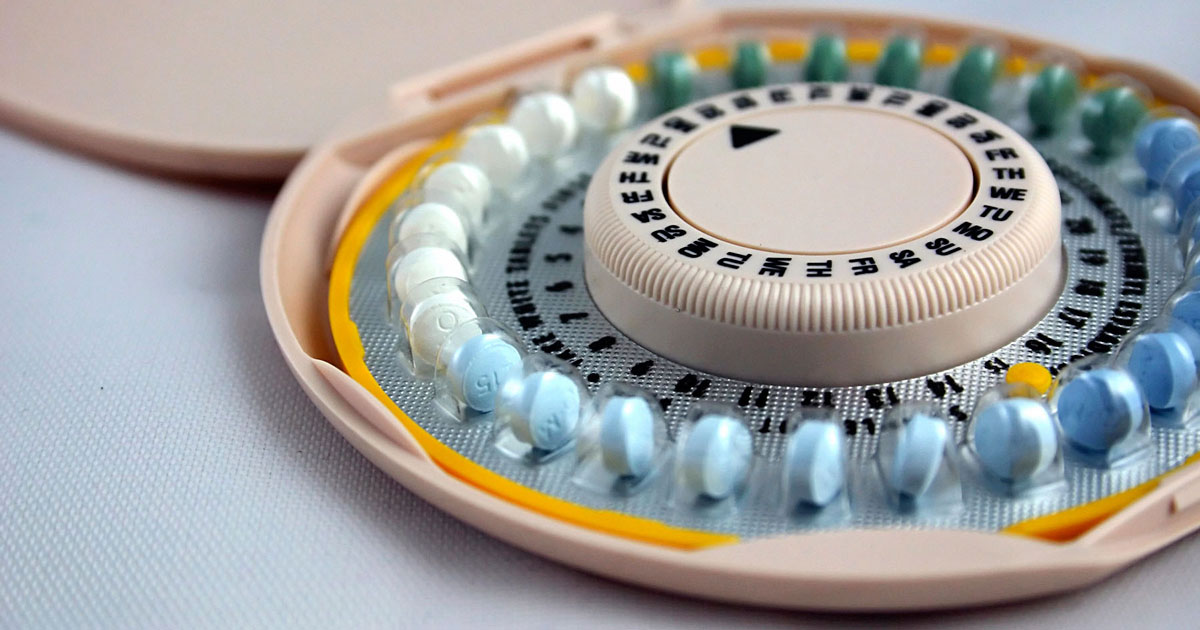 Birth control during menopause is something you should make sure you have sorted as it is, of course, a myth that you can’t get pregnant during this time.

Actually, scratch that. Since menopause is defined as the time following the absence of menstruation for 12 months if you are over 50 (or two years if you are under 50) when your periods stop, you are highly unlikely to get pregnant then. The condition we are talking about is perimenopause.

Perimenopause takes place during the time before your periods stop altogether. This is the time most women start to notice what we often describe as menopause symptoms.

These include hot flashes, issues sleeping, vaginal dryness, an onset of anxiety or panic attacks and often a change in a woman’s usual pattern of menstruation. Periods may become shorter, longer, heavier or lighter and the gaps between them may increase or decrease or vary wildly.

All of his chaos does not mean your ovaries have stopped releasing eggs. This is especially true if you are on the younger end of the typical age range for menopause.

Premature menopause is defined as menopause occurring in a woman aged 40 and under so it is entirely possible for many women over that age to be perimenopausal with windows of fertility.

The perimenopause and accompanying symptoms can last for years until the ovaries finally stop producing eggs and menstruation stops altogether. A doctor may say you are officially in the menopause when you have gone a whole year without any bleeding.

Official medical advice is that women should continue to use some form of birth control until that menstruation-free time is past.

Birth Control and Menopause – Which One is Appropriate for You?

So what forms of contraception are suitable for older women, especially those having wild hormone swings?

If you take some form of birth control pill, it might be fine to continue with that for quite a few more years if it suits you.

That’s if you’ve even noticed any symptoms – the oral contraceptive pill can mask many signs of perimenopause including irregular periods, heavy periods and hot flashes.

Some doctors may suggest a very low dose pill containing less estrogen than regular contraceptive pills. As well as helping with perimenopause symptoms, modern oral contraceptives can protect against ovarian and uterine cancer. They can also guard against loss of bone density which can lead to osteoporosis.

However, like all birth control pills, women should always consult a doctor before starting them.

Contraceptive injections and implants can be safely used up to the age of 50, although anyone with implants or at risk for developing osteoporosis might want to consider a different form of birth control.

The intrauterine system can be a good choice for women in their 40’s experiencing very heavy periods.

The progesterone element of the intrauterine system acts as hormone replacement therapy. You can keep it in for between 4-7 years. Chat with your OBGYN for more information about whether it might suit you.

The intrauterine system is not to be confused with the IUD which does not release progesterone.

Can I Rely on Natural Family Planning Methods During Menopause?

It might seem mad to suggest natural family planning which relies on monitoring cycle lengths, temperature, and cervical mucus when periods and your temperature are going haywire.

However, for those who are very confident and experienced in using this method, it is possible to continue with it. It is not recommended for women who are less familiar with the system.

What if you can’t or don’t want to use hormonal methods of contraception and don’t trust the natural approach? Maybe you are not in a relationship which requires constant birth control, but you still want the option of some intimate fun without the stork paying a visit down the line.

Well, there are always the barrier methods which you can use on an ad hoc basis when the need arises.

Do I Need to Use Condoms During Menopause?

Throw a packet of condoms in with your weekly shop and you are sorted both for contraceptive use and for sexual health.

Anyone enjoying casual relationships should always use condoms even if they use other forms of contraception (including sterilization) to protect against HIV, chlamydia and other sexually transmitted diseases.

If perimenopause-related vaginal dryness is an issue, remember to avoid oil-based lubricants if you are using condoms as they can cause them to split.

Can You Use Barrier Methods of Birth Control During Menopause?

You could ask your doctor about other barrier methods like the diaphragm or cap although if you suffer from stress incontinence or a slight prolapse, these might prove uncomfortable.

If you are new to using a cap or diaphragm, practice using them so when passion strikes you are confident about inserting them correctly.

Spermicides are a vital part of the use of these kinds of contraceptive which should help with any lubrication issues.

You May Also Like:Navigating Menopause and Sex
Related Search Topics:

Of course, sterilization is the most effective form of birth control. Although it doesn’t have any of the symptom-smashing effects of the hormonal methods, it is a one-stop solution to unwanted pregnancy.

It’s a relatively simple procedure for a man, indeed quicker and safer than it is for women, so if you are in a committed relationship with a special man, you could ask him to brave the snip.

If you want to be sterilized, speak to your doctor about the procedure. Usually, it involves surgery called tubal ligation (“having your tubes tied”). The surgeon cuts or clamps the fallopian tubes preventing eggs from traveling from the ovaries to the uterus.

However, some women realizing they are maybe only a year or two off being fully menopausal and therefore infertile choose to use more temporary measures to bridge the gap.

Whatever you decide you can revisit your choice of birth control, and once it’s been established that you are entirely through the menopause, you can forget the hassle of it once and for all.