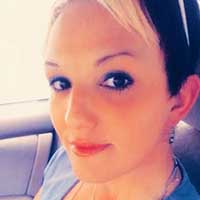 What were the steps leading up to your diagnosis?

I haven't actually been diagnosed properly, but I am due to have a hysterectomy in October due to some relatively debilitating issues I have been going through. However, some of the things I have been going through have made me seriously consider the possibility of perimenopause. I am 45, and most tell me that I am "too young" but during a recent conversation with my mother, I discovered that I am in fact not too young. She went through it and was completely done by my age as was my grandmother and my great grandmother.

Back in 2005 I had a tubal ligation because the man I was dating didn't want children and since both of my girls were conceived on birth control, I figured it was the best option for me. In 2008, oddly enough I was diagnosed with Endometriosis after I began experiencing really difficult menstrual cycles. I was not actually ever tested for this condition (I have been told there are tests to determine these things). Two years ago, it was in fact confirmed that I had Endo and I went through two D&Cs and a uterine ablasion; had the Mirena IUD inserted to control the bleeding that I was experiencing (very heavy periods that would last for a month at a time). More recently, I have been diagnosed with Menorrhagia/DUB (dysfunctional uterine bleeding) and it was suggested that I have a hysterectomy due to very large fibroids, uterine cysts and an enlarged uterus. Well... I had a sonogram recently and they saw no fibroids or cysts.

My emotions are all messed up, my moods are terrible.

What lifestyle changes have you needed to make?

I am just beginning to realize that much of what I am going through could possibly be the beginnings of menopause so it's not really what changes I have needed to make as much as what changes I am going to need to make. My mood swings have been quite severe and I have had a very difficult time even living with myself on some days. I have also found myself very depressed out of nowhere. I begin to analyze myself, my life, my failures, etc. I've been beating myself up pretty badly and allowing others to as well.

What accomplishment are you proud of?

My greatest accomplishments are my two daughters. They are both amazing girls who are (very quickly) becoming amazing women. I am also proud (and surprised sometimes) at the fact that despite me having to struggle so hard with finances and making it on my own, I am still here to tell the story.

I can't really give advice on living with it ... my journey is only beginning.

What's your advice to someone else living with Menopause?

I can't really give advice on living with it because I haven't really had to live with it... my journey is only beginning.

I am 45, divorced with two teenaged daughters. 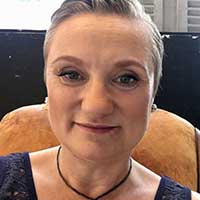 Afra Willmore
"See menopause as a life stage and not an illness. Don't suffer in silence and never feel ashamed about asking for help."
Read Afra's Story