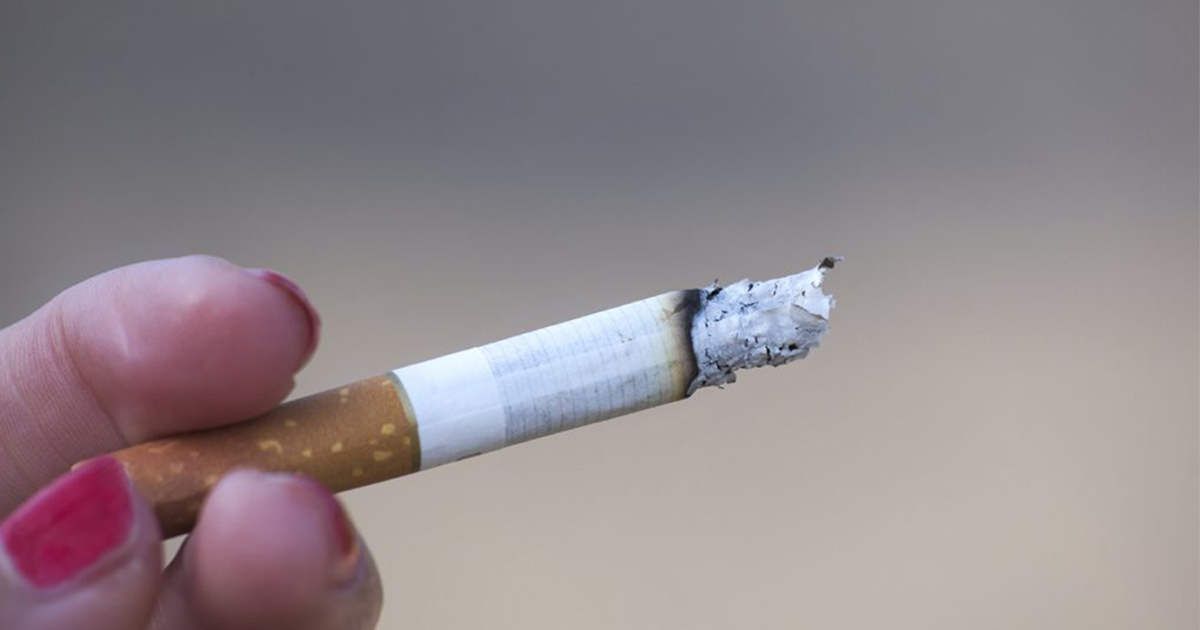 If you're a smoker struggling to give up the habit, I have some information about how smoking affects women in relation to menopause that might just prove to be the motivation you need.

Most women don’t realize that being a smoker can not only hasten the start of the menopause but can also increase the severity of symptoms AND increase the incidence of breast cancer post-menopause.
Earlier Menopause

A study by the Perelman School of Medicine at the University of Pennsylvania found that smoking women of all ethnicities, but white women in particular, were more likely to start menopause up to a staggering nine years earlier than non-smoking women.

Menopause starts as the estrogen your body produces starts to decline, and because of the anti-estrogen effect smoking has, regular and long term smokers could find perimenopause starts earlier than it does for non-smokers.

Admittedly the “nine years earlier” statistic is extreme. Many other studies have shown that those who have smoked for a long time, or regularly, are likely to go into menopause one to two years earlier than non-smoking women. This will have the biggest impact on women who maybe hoped to have one last baby before their fertility declines.

Study results also seem to back up anecdotal evidence that women who smoke suffer more severe and more frequent hot flashes than women who don’t.

You May Also Like:As a Woman, You Need to Be Aware of Post Menopausal Osteoporosis
See Also:

Another thing to think about if you are worried about menopause symptoms is that smokers often don’t respond as well to tablet forms of HRT.

In fact, some physicians refuse to prescribe HRT in any form for smokers since the risk of heart attack and stroke, which is already higher in smokers than the general population, is considered to be even higher among those who smoke and take HRT.