Why Am I Bleeding After Menopause? 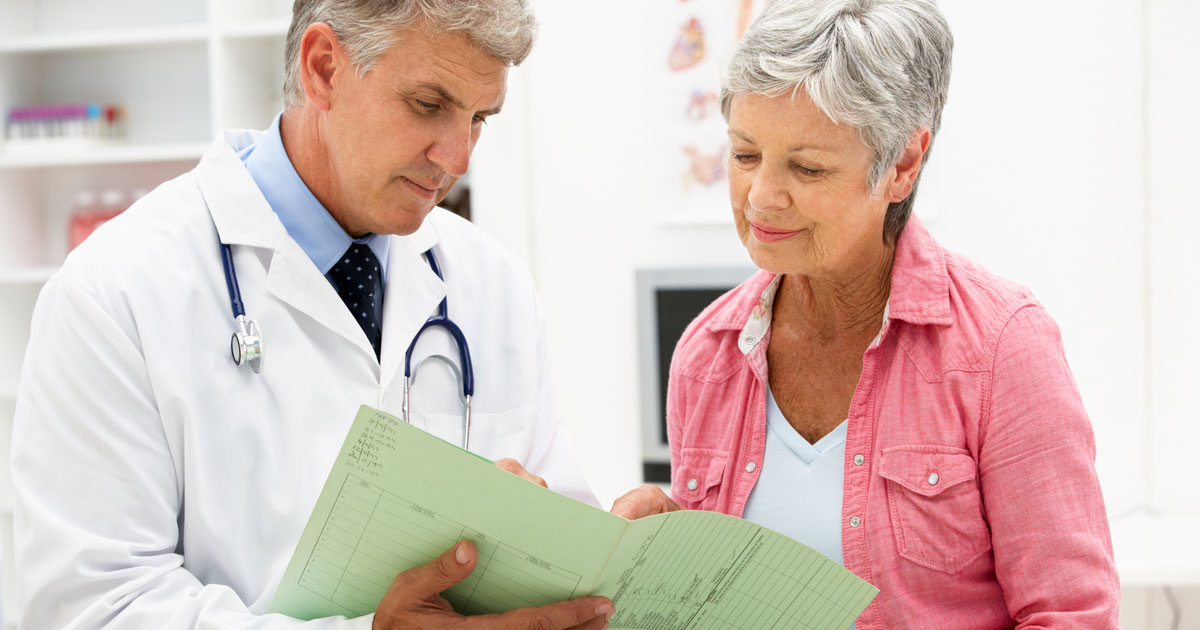 Bleeding After Menopause – What Could Cause It?

You’ve been asking yourself, "How long does menopause last?" and are getting used to the idea of being menopausal, concluding that the best thing about it is not having to deal with menstruation. Then, suddenly and unexpectedly, you realize you are bleeding.

Depending on your stage of menopause and if you are taking any medication to help you cope with symptoms, this might be completely normal — a mild inconvenience, nothing to worry about.

But just occasionally bleeding during or after menopause can be a sign of something more serious than fluctuating hormones, and it’s important to know the difference.

What Causes Bleeding After Menopause?

Firstly, the bleeding might actually be a random menstrual period.

As you travel through the menopause years, most women find that periods start to space out from weeks to months and that bleeding might be lighter or heavier. Others find they can go for a long time with no bleeding, only to have an extra-heavy and long menstrual period occasionally.

You might still be ovulating occasionally, and with irregular periods it will be more difficult to calculate when that might occur. This is why experts advise women to use contraception for at least 12 months after their last period — unless they don’t mind a menopause baby.

When Should You Call Your Doctor?

Although some bleeding in perimenopause is almost certainly normal, there are some circumstances when it might not be.

One doctor, Paul D. Indman, says he tells his patients to get in touch if they have:

He also says that high-risk women — women who are obese, have diabetes, and/or high blood pressure — have an increased risk for uterine cancer, so they should be checked out if bleeding occurs.

In women who have gone for 12 months or more without a period, even slight spotting should be investigated.

Other Conditions That Can Cause Bleeding

There are a variety of conditions that can cause bleeding after menopause, including uterine polyps, which are noncancerous growths in the lining of the endometrium.

Another possible cause is endometrium hyperplasia, which is the thickening of the endometrium (the mucus membrane that lines the uterus).

Bleeding may also develop because of thinning of the vaginal tissues. This is common in women who are postmenopausal due to a decrease in estrogen.

How Can You Find out What Is Causing Your Bleeding?

First steps are simple. Your doctor should do a physical exam and take a thorough medical history.

It’s worth noting down dates bleeding started and finished and how light/heavy it was in case you need to refer back to this information later on.

Your doctor may advise a pelvic exam and Pap smear test, which can check for cervical cancer.

Another option is a trans-vaginal ultrasound or a hysteroscopy, which allows doctors to look at the ovaries, uterus and cervix. A hysteroscopy also allows polyps to be removed if that is what is believed to be casing a bleed.

Treatment obviously depends on what is causing any bleeding. It might be simply hormonal and will ease off over time.

Your doctor might prescribe estrogen cream or pessaries for topical application if bleeding is caused by thinning and/or atrophy (wearing away) or irritation of vaginal tissue.

Another hormone therapy using progesterone replacements might be offered if bleeding is coming from over-grown endometrial tissue.

You May Also Like:Risk of Divorce
See Also:

In some cases, bleeding cannot be resolved by non-invasive treatments and a hysterectomy — removal of the uterus — may be recommended.

However, other surgical options might be available, including keyhole surgery or trans-vaginal procedures to remove fibroids, polyps, or uterine lining.

What If It’s Cancer?

If bleeding is caused by cancer there are a variety of options depending on the location and how far the cancer has advanced. Endometrial and cervical cancer are most usually treated with radiation, chemotherapy, and surgery.

The thing to keep in mind is that most post-menopausal bleeding can be treated successfully. Even if the cause of bleeding is cancer, depending on the type of cancer and when it is diagnosed, it need not be a death sentence.

For instance, five-year survival rates for endometrial cancer is around 95 percent if it is caught early and hasn’t spread. The lesson to be learned from this statistic is that getting advice as early as possible is vital.

You might feel a little embarrassed, or feel you might be wasting the doctor’s time, but at the very least you will be reassured that you have nothing to worry about, and at worst you will give yourself the best chance of receiving successful treatment.