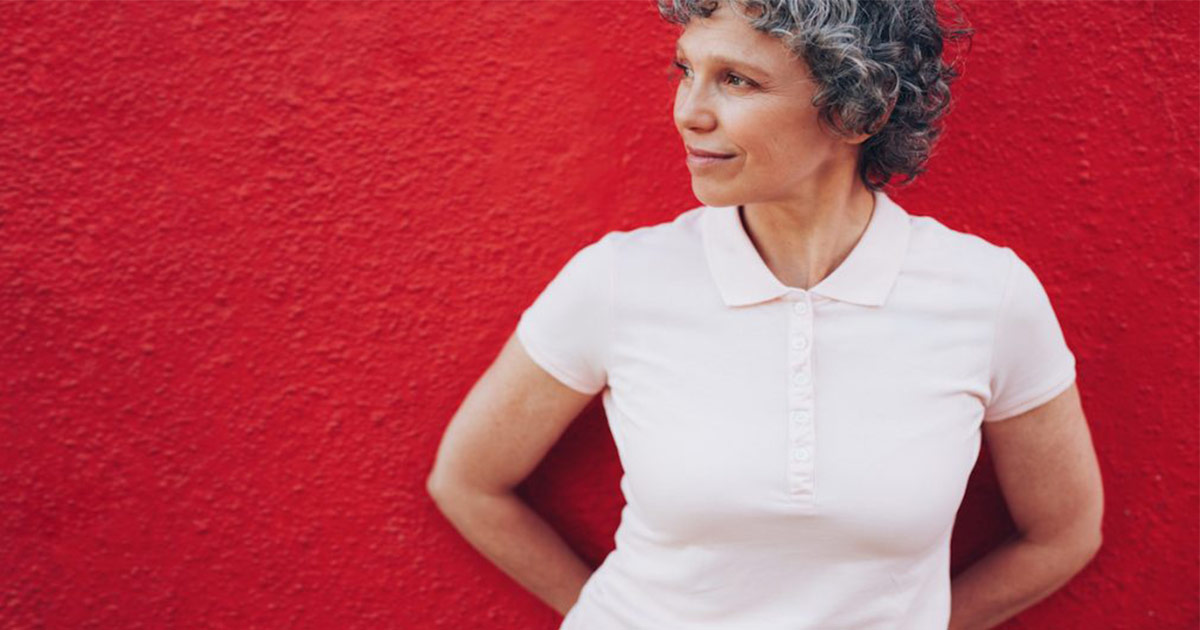 Do You Know What to Expect from Menopause?

It’s an interesting question — what does menopause feel like? I’m not sure it’s a question that should be answered in full detail.

It’s like pregnancy. No one ever really tells you the truth. You hear about the pregnancy "glow," which translates into spots, overheating, and weird skin conditions. They talk about the joy of carrying a child, which turns out to be similar to carrying a spiteful melon with limbs programmed to jab your bladder at the worst times. They talk about the miracle of childbirth – well, the less said about my 24 hours of unsuccessful labor and the subsequent undignified assisted delivery the better!

Anyway, the question has been asked, so I will attempt to answer it honestly.

The Onset of Menopause

Actually, for many lucky women, menopause will feel like a gradual process as their menstruation tails off. Like a sunset where the night is as beautiful as the day which proceeded it. Yeah, we hate those women.

For some of us, the onset of menopause is a rockier road. I’m going to sound like the opening to a movie now:

There will be tears. There will be drama. There may well be scenes of violence but probably less sex than you were expecting. Coming soon: The Menopause.

I exaggerate of course (do I?), but with roller-coaster hormones, the ride may well turn up some unexpected twists and turns.

My own peri-menopause started so subtly in my late 30’s/early 40’s I didn’t even really catch on that it had started. I was still trying to expand my family so thought irregular menstruation was down to very early pregnancy loss (often called a chemical pregnancy.)

I did actually manage to get pregnant and was blessed with a baby boy. So after his birth, I assumed the subsequent irregularities were postpartum anomalies.

We actually wanted another baby, but after puzzling ovulation test results, a doctor did blood tests and told me I was in peri-menopause and was highly unlikely to get pregnant again.

There we go with the first tears I promised.

As estrogen diminishes, other symptoms often appear — the infamous hot flashes, for instance. Surely those can’t be too awful? Think again.

Hot flashes can appear out of the blue and usually at the worst time. Probably because they can be triggered by stress. Imagine the scene: You are at a job interview. Or on a date. Or at a family party you have spent months planning.

You are dressed to impress and your hair is immaculate. You may be wearing nice makeup. The event starts. Then the heat begins to rise.

Within seconds you feel like you have been plunged into a steamy rainforest. If only there was a freezer nearby to step into. You can feel your makeup sliding downwards and just know you look like that creepy clown from the horror movies.

Meanwhile, your scalp has become sweaty and itchy and your carefully coiffed hair is now damp and less Hollywood, more "pulled through a hedge backwards."

You can practically feel your outfit wrinkling and wonder if the sweat patches under your arms are visible yet.

I sometimes wonder if it would be wise for menopausal women to wear outfits made entirely from towels. Except they’d be hot. Natural fabrics and layers are the way to go. OK, so you might look like a third-rate, middle-aged stripper who never goes all the way but at least you have some control over your temperature.

You May Also Like:Celebrities Share Their Experiences With Menopause
Related Search Topics:

Let’s talk about what my Grandma used to coyly call "your love life."

This could go one of two ways. You might be lucky. Given freedom from the worries about contraception and possibly more time with your partner, if your children are older and more independent you might find your bedroom becomes a boudoir and your "love life" is more active than ever before.

However, if hormone chaos causes physical symptoms like over or under lubrication, loss of sex drive, or even incontinence or a vaginal prolapse, you might echo the sentiments of ‘80’s pop singer Boy George who said he’d rather have a cup of tea than sex.

For the sake of your relationship, don’t just shrug and accept this situation – swallow your embarrassment and seek help from your doctor. There are lots of ways to lessen or banish physical symptoms including medication, exercises, and even surgery.

So there we have it — a glimpse into what menopause feels like. I have approached this subject with humor as I honestly believe this is the best way to cope with what can, for some women, be a quite traumatic time.

Poking fun at it might just lessen its impact on your psyche. They do say laughter is the best medicine! However, menopause can also trigger depression and anxiety, neither of which are the slightest bit funny.

Your doctor is always your first port of call, especially for symptoms which are interfering in day-to-day life, and you can guarantee they will have already heard even the strangest of problems.

Don’t always assume that new symptoms are "just the menopause." It’s always wise to get any changes in your physical and mental health checked out.