What All Women Should Know About Menopause 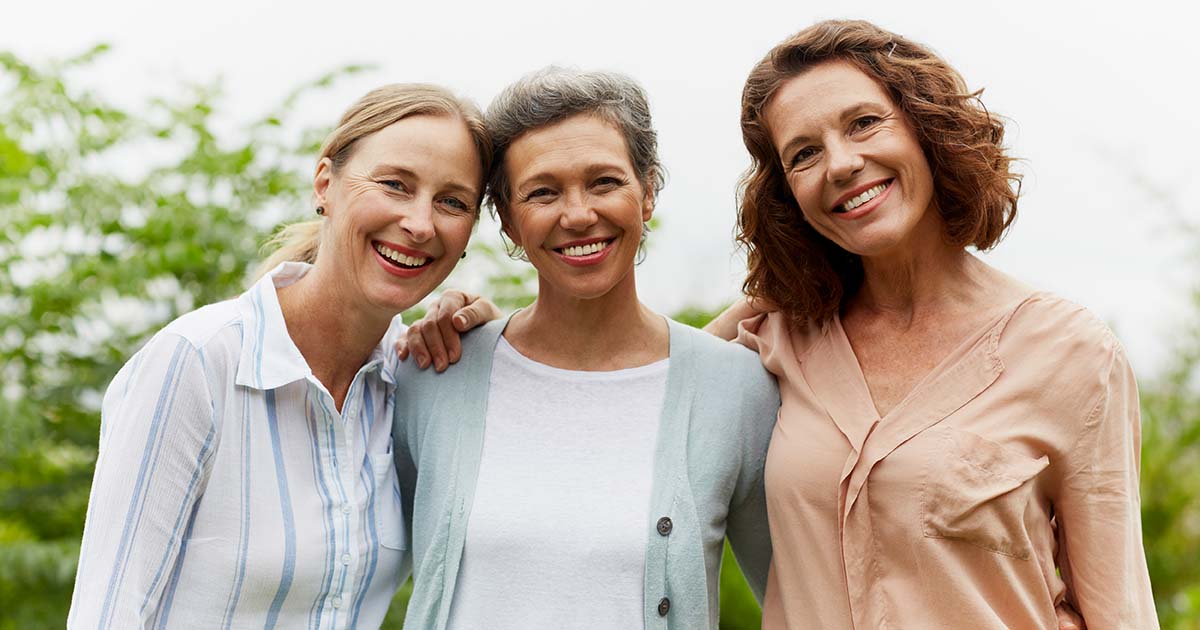 My grandmother called menopause “The Change” on the rare occasion menopause was spoken of out loud in her house. Usually, she would lower her voice too as if the very mention of it was not the done thing in polite society.

This, together with mysterious hospital stays and the fact that the women of my family only talked about menopause in negative terms, meant it was best for me to push the whole thing to the back of my mind.

No woman can avoid menopause, so rather than dread the unknown, it’s worthwhile educating yourself what menopause is. After all, knowledge is power and knowing what to expect and all about the options open to might make your menopause experience easier. You’ve made the first step by clicking on this resource!

Let’s start with unpacking exactly what menopause is, the symptoms of menopause, and how to cope during menopause.

What Is Menopause? The Definition of Menopause

According to Dictionary.com, the word originates from 1852 (from 1845 as a French word in English), from French ménopause, from medical Latin menopauis, from Greek men (genitive menos) "month,"  and pausis "a cessation, a pause," from pauein "to cause to cease." Also, menopause was earlier known as “the change of life” – so my grandmother was using a very old term!

The definition does at least clear up any confusion amongst those who think the word menopause sounds like menstruation pauses and then starts up again, which might be the case if you were using our understanding of the modern word "pause" as a temporary cessation.

Dictionary.com (rather unkindly I feel) uses “midlife crisis” as an alternative term to menopause, but millions of women will attest that not everyone going through menopause will have a midlife crisis.

The other potential confusion we should clear up here and now is that the start of what most people understand to be menopause symptoms are not officially menopause but peri-menopause. Hot flashes, mood swings, spotty skin and heavier, lighter or irregular periods are all signs of perimenopause.

You are only officially in menopause when you have not had any bleeding for a full 12 months.

What Are The First Signs of Menopause?

The first signs of menopause vary as each woman experiences menopause in their own unique way. For many, a change in their pattern or flow of menstruation can be the first sign that things are changing.

Nowadays with many women able and wanting to give birth later in life, some women might miss these first variations, attributing them to post birth anomalies.

Keeping a menstruation diary can be useful, and those who have kept one throughout their fertile life may spot changes faster than those who haven’t. You can download apps to help track menstruation and other signs and symptoms or make a note on your usual calendar or diary. It might also be useful to start noting any symptoms including headaches, mood swings or skin changes.

If menstruation has always been irregular, the first signs of menopause might be those more familiar ones like hot flashes or a change in mood, trouble sleeping or changes to skin and hair.

You May Also Like:Everything You Need to Know About Menopause Hemorrhoids
Related Search Topics:

What Are the Symptoms of Menopause?

The symptoms of menopause can be many and varied, and you might even be one of those lucky women who breeze through perimenopause and menopause with a slow tailing off of menstruation and no other noticeable symptoms.

Or you could be one of the unfortunate ones whose face breaks out like a teenager, can’t sleep at night, feels inexplicably anxious or depressed or switches between cold and hot minute by minute.

Other women experience a loss in libido, vaginal dryness, and loss of elasticity, pain during intercourse, or urinary incontinence.

However, some women are freed from the need to practice safe sex and the roller coaster of the monthly hormone cycle and menstruation itself, to enjoy the best sex of their lives.

Next page: More symptoms of menopause to be aware of.